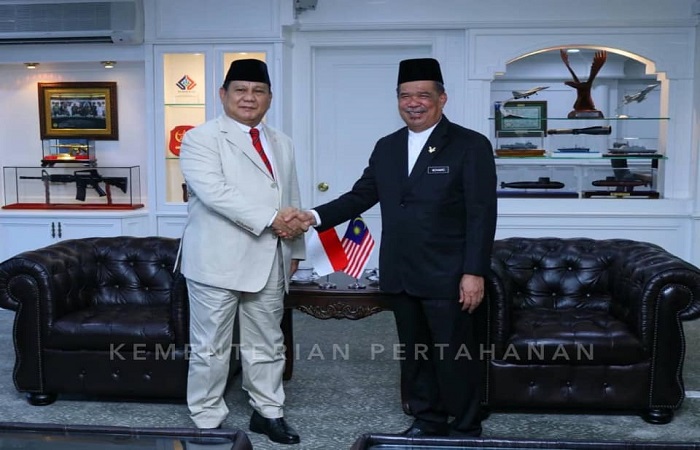 This is the first official visit abroad by His Excellency H. Prabowo Subianto after his appointment as the Minister of Defence on 23 October 2019.
During the official visit, YB Mohamad bin Sabu held a discussion with His Excellency H. Prabowo Subianto in which both Ministers expressed their shared commitments to further strengthen the existing defence cooperation based on mutual interests and towards achieving peace, stability, and prosperity for the Southeast Asian region.

Both Ministers had a very productive discussion covering a broad spectrum of defence strategic matters and operational interest to both countries. They also deliberated on concerns regarding the dynamic global security landscape, focusing on non-traditional security threats particularly terrorism, which is the highest of their priorities.
YB Mohamad bin Sabu and His Excellency H. Prabowo Subianto acknowledged that the official visit is a testament of the strong and dynamic bilateral defence ties between both countries. This visit also reaffirmed Indonesia’s commitment to Malaysia as a key defence partner in the region. Malaysia and Indonesia share a close bilateral relation and this official visit is avital step to further strengthening the existing bond of friendship between both countries.